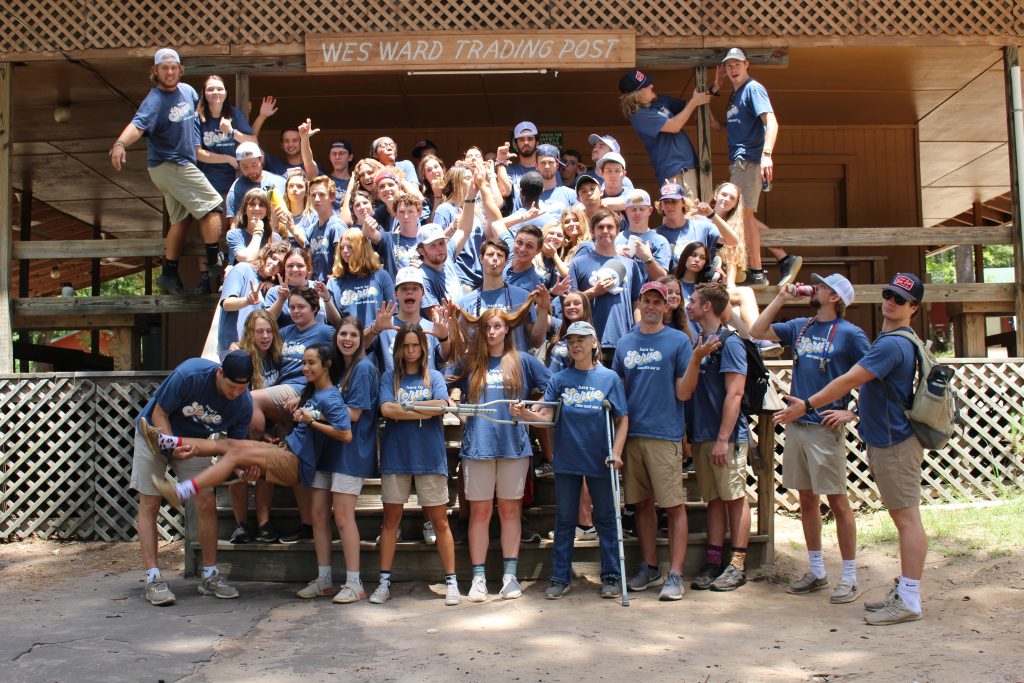 There’s something special about working on the Camp Deer Run Summer Staff. It’s a special time of life that can make a huge difference in the trajectory of a young person. There’s so much fun to be had, but also so much to learn, and so much to teach. At the end of a summer working at Camp Deer Run, there are a few things that staff members walk away with – other than chigger bites and smelly laundry.

On the surface, it looks like a fun job. I mean, who wouldn’t want to get to spend their whole summer with their friends, playing games, singing songs, making up funny skits, and cooking hotdogs over a fire? It’s the most fun a person could have! But it’s also a lot more than that. It’s hard work. It’s humbling. It’s learning how to be a servant, how to be a leader, and how to be a team player all at once. It’s running after Jesus while you’re also running after a dozen campers. And that’s what makes it so special. Let’s talk a little more about those things.

Believe it or not, a summer at Camp Deer Run really is hard work. The days are long, nights are short, sleep is scarce, and the energy level is always high. From the first day that the staff arrives for orientation, they get to work on getting Camp ready for campers. It can be a lot of manual labor, but as they say, adversity breeds comradery!

Right from the start, the staff works hard. Even those that may not be used to that kind of work soon learn the value of true hard work, and that’s not something that is easily forgotten. The staff learn to work hard not for themselves, but for the friends they’re working alongside and for the campers that they’ve been entrusted to serve.

Philippians 2:3-4 says, “in humility value others above yourselves, not looking to your own interests but each of you to the interests of the others.”  As the staff serve over 1500 children in the span of a summer, they really begin to understand what this verse looks like in practice. There’s nothing like taking care of 10 kids at once to make you forget about yourself for a while.

A mantra that the staff hear over and over every summer is “Camp is for the campers.” It’s a reminder that Camp Deer Run exists to provide an experience where kids can meet God and be surrounded by believers. Of course, there’s so much in it for the staff, but at its core, camp is for the campers. Without campers, there would be no camp, and there would be no staff. By nature, their position on the summer staff is one of service. It can be difficult to embrace at first, it’s not human nature to want to put yourself last. But as the summer staff serve their campers week after week, they are molded more closely to the image of Christ as they begin to understand and embrace the role of a servant.

One unique thing about Camp Deer Run’s summer staff is that most of the jobs change weekly. One week you may be a counselor for 10 year old, the next week you may be pouring sodas at the Canteen, and the next week you could be wrangling horses! Everyone shares responsibility, and it creates an ecosystem where everyone is important. Every job is vital to the overall success of Camp, and no one staff member is more important than any other. Sometimes, you’re called to lead. Sometimes, you’re called to work behind the scenes. But every day, we work together to create a unique experience for our campers. No one person can do it alone, and every person has a part to play.

In 1 Corinthians 11:1, the apostle Paul says, “Follow my example as I follow the example of Christ.” It’s a vital component of discipleship. One of the most valuable ways to learn how to live like Jesus is to have faithful mentors to imitate. Think of it this way: a kid could read a story in the bible and understand it, but not see how it translates to real life. Then they see someone living out the principles they’ve read about and heard about, and it becomes real.

That’s the power of the summer staff at Deer Run. Campers can relate to them because the staff are not that much older than them. They have the same lingo and have grown up in the same generation. They understand each other’s references and jokes. Campers can look at these young adults and not only enjoy being around them, but also learn from them.

The staff, on the other hand, understand that much of what they’ll teach their campers won’t actually be in a bible lesson, but in the other 20 hours of the day that they spend running and playing and talking and laughing with their campers. If the kids can see Jesus in all of those interactions, then they’ll take away much more from their experience than just a 30-minute sermon.

The staff are charged with this task – to follow Christ in such a way that campers can imitate them in their own walk with Jesus. It’s a pretty high calling if you think about it. We’re asking the staff to live a life that, if imitated, would lead campers to Christ. It requires a real relationship with God, discipline, discernment, a love for Scripture, and a passion for discipleship. It’s no easy task, but it is one that our summer staff take on eagerly and with great effect. It’s the heart of the Deer Run experience.

Perhaps the most incredible thing of all is that in the midst of all of these things – the Camp Deer Run staff creates fun in every moment of the day. I truly believe that there is no more fun place on earth than summertime at Camp Deer Run, and that is because these young adults who are learning so much and carrying so much responsibility are insulated from the pressures of the world and allowed to approach the kingdom of God with the heart of a child. What could be more fun than that?

When you put it all together, it’s a summer that wasn’t just hard work and hard life lessons. It was good work in the eyes of a good God surrounded by people that love you, all while having the most fun 10 weeks of your life. I think that’s what makes it so special.

Previous PostWhat happens at a summer camp when summer is ...
Next Post6 Memory Verses to Walk In the Truth